In today’s competitive world, businesses have become digitized to meet the needs of people. The majority of users utilize applications for many different aspects. It includes software for watching movies, ordering food, booking tickets, settling payments, and many other genres. The majority of worldwide app usage is distributed between the two OSs.

And you already know that Android holds the largest market share across the globe among all operating systems existent. According to statistics, Android grabs 70.98% market share and stands first, while iOS holds a second position with a share of 28.41%. Thus, it denotes that applications of the Android operating system have significant usage among users. 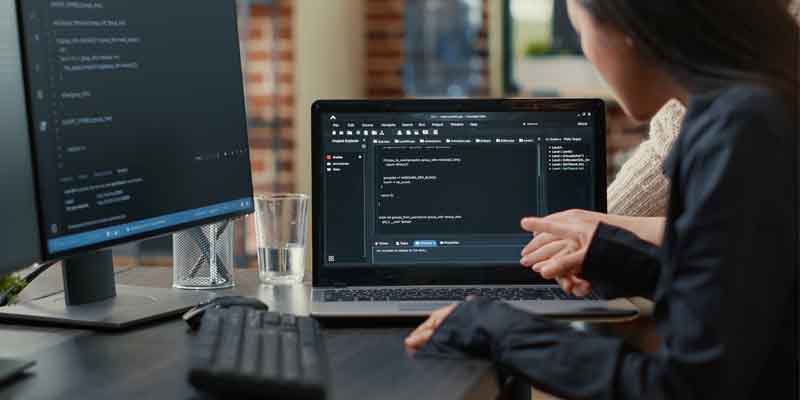 Besides this, you can also clearly state that there is a massive user base for Android by just analyzing your surrounding smartphone users.

So, many entrepreneurs are willing to launch their Android applications by hiring coders working on the same tech stack to take advantage of massive requirements for Android solutions.

If you’re a part of those startup owners excited to create Android software for your business. Then, you can by appointing Android programmers from a renowned firm.

But, you should keep some points in mind while hiring Android developers and the cost to appoint them for building a solution for your venture. Refer to the sections mentioned below in this post.

As an entrepreneur, you might want an app to be created that meets your expectations and satisfies business needs efficiently. For that, you need to take care of several elements while hiring Android programmers from a specific firm.

The particular things to keep in mind during appointing Android coders are mentioned following:

It is evident that the quality of a solution shouldn’t be compromised over the development costs when hiring Android programmers. You should first examine the quality of the project by requesting previously delivered solutions as demos from them, analyzing the ratings and reviews given by clients, and knowing the customer satisfaction ratio and experience level of the developer.

All you need to do to appoint such developers is you are required to do a bit of research to find coders offering top-notch outcomes at affordable prices.

It’s not done just by determining the type of venture, providing required and distinguishing features within an app, and performing numerous other measures for creating a solution.

But you should also keep in mind whether the type of app for a specific business category you are planning to develop is valid for further upgrades or not. Because you need to consistently provide new attributes and change the themes of your platform to keep users retained on your solution.

If your answer is yes, then you should move forward with hiring Android coders who are ready to work on upgrading your application further in the future after getting it developed.

To get a desirable solution built, you need to hire dedicated Android developers who are experienced and skilled in creating the type of application for a particular business segment you want. Therefore, appointing coders based on this parameter will help you get practical and effective software fulfilling the venture requirements efficiently.

It is an optional skill in a developer that you should look at when hiring them from a particular company. Users always prefer to utilize such solutions iteratively that are capable enough to deliver a seamless experience throughout.

It will help you improve your brand image and probably earn significant revenue. In short, appointing an iOS programmer having UI/UX in their skillsets can show wonders in your venture.

Thus, referring to the things mentioned above, you might have gained sufficient ideas to take care of several elements while appointing Android developers from your preferred firm. But what are the costs of hiring them? Consider the following section.

The cost of appointing Android coders is undoubtedly dependent on various aspects. But before knowing them all, refer to their hourly hiring prices in the table mentioned below:

These were the hourly prices of programmers based on different locations across the globe. The costs of appointing Android coders differ because they are charged a certain amount for hosting an application, costs of living, and many other elements. Furthermore, the Custom app development fees of programmers may vary based on numerous different aspects.

A developer’s experience plays a vital role in the costs of building software; you, as an entrepreneur, receive an application created in less duration along with minimal bugs present inside. That’s the reason behind the high charges for hiring a vetted Android coder.

The complexity of software also contributes to raising the rates of appointing Android programmers. The developers’ fees increase based on the number of features, app design, workflow, and several other elements resulting in different app complexity levels.

Last but not least, the cost of creating an Android application is also dependent on the submission deadline you assign to programmers. Fees will be high if the timeline of development given is less and reasonable relatively if they receive enough time limit from your side.

Apart from these, there are numerous hidden costs that might occur when building a mobile app for your venture, and by following several strategies, they can be avoided effectively. It would assist in decreasing the cost of making an Android app by appointing programmers working on a specific platform.

Nowadays, most people utilize Android applications considerably to fulfill their needs. So, most entrepreneurs are willing to shift their business online by getting Android solutions created by hiring Android coders for a particular company.

There are a few things to remember while appointing Android developers, costs to recruit them and various factors affecting it stated in this post. Referring to each of them would assist you in receiving the appropriate platform developed at affordable rates.